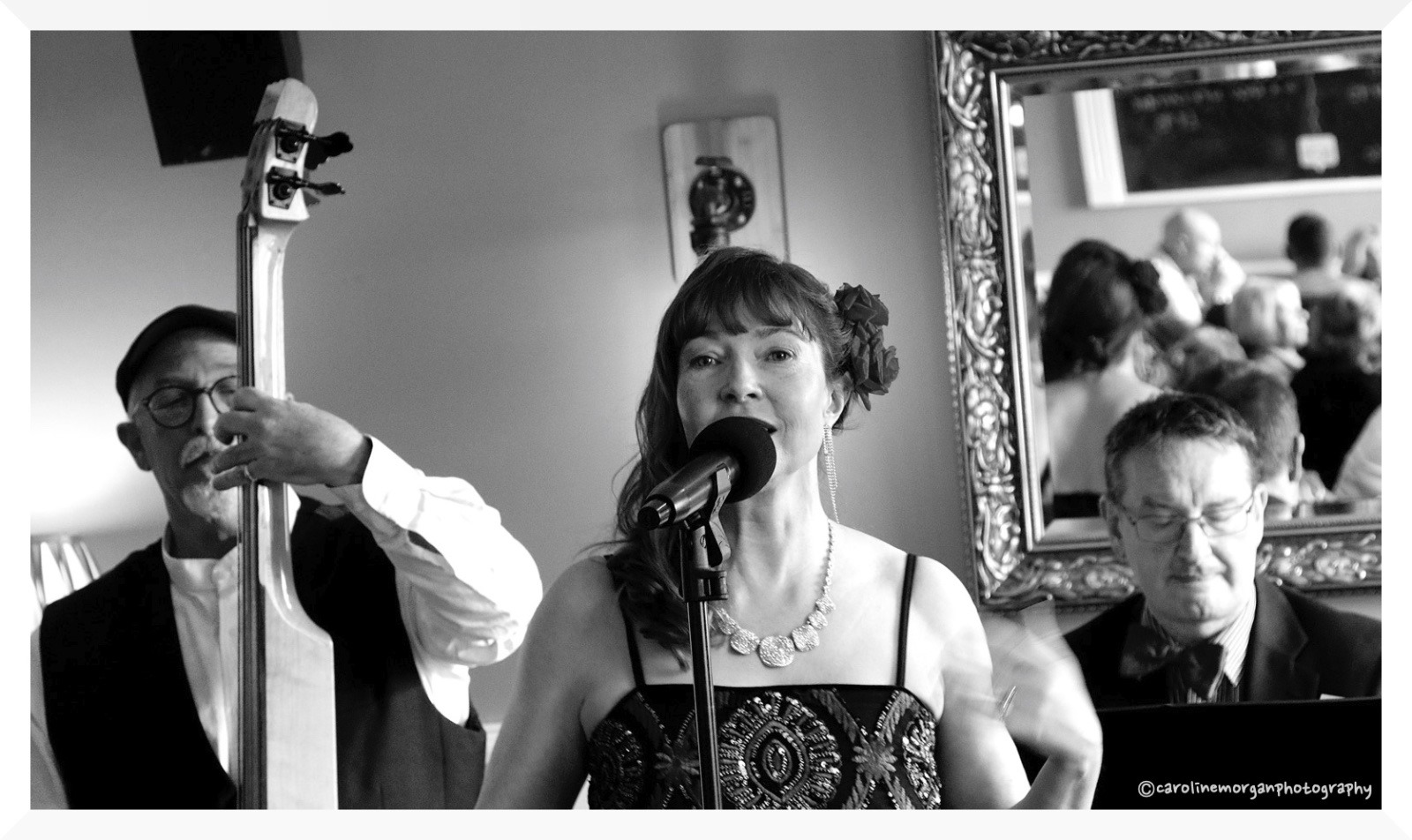 Light jazz and modern music with a jazz swing twist.

Fiona Kalin (Fi) – Vocals: started her recording and singing career with the Renaissance Singers in Belfast, and as part of this group toured the UK ultimately winning the Montreux International Choral Festival in 1986, followed in 1987 with the album Advent to Easter. She applies her vocal talents to a wide range of musical styles including blues, jazz, African, 60’s/70’s R&B, and covers. Since moving to Scotland she has performed in venues across the country and features on recent albums on Spotify and iTunes, including recording with musicians in Malawi Africa. Her passion for light jazz and swing is clear when performing with the Figiro Trio since December 2018.
.
Gilmour Macleod (Gi) – Piano: studied music at Trinity College of music in London as a pianist. During his time there his musical activities were varied. One highlight was as soloist playing the Grieg piano concerto at St John’s Smith Square, and at other well-known venues such as St Martin`s in the Fields. His diverse talents saw him playing jazz standards across London, and light classical and jazz/cocktail music at the Institute of Directors restaurant in Pall Mall. He toured England with a clarinet trio (clarinet, cello and piano) called the Helicon Ensemble. Now back in his homeland Scotland, Gilmour enjoys many types of musical activities ranging from choirs, Musical Director at the oldest music hall in the world which is based in Glasgow, and directing musicals for students and amateur companies such as Glasgow s Apollo players. For something completely different, he plays for silent films on a regular basis at the Brittania Panopticon Music Hall and CItizen M in Glasgow. He is equally at home with classical and jazz/pop and enjoys his latest venture with Figiro trio.
.
Prof Bob (Ro) – Bass: studied a wide range of instruments including piano, trombone, percussion, and guitar. He studied music theory and conducting at the State University of New York in the early 1980s. In the past decade, he has focused mainly on bass guitar, playing blues, jazz, and covers on a range of electric and acoustic instruments.Though his academic day job involves sustainable Water Resources Management in Africa, he spends his avocation time mixing, mastering and producing at GND Studios, where he continues to compose and arrange with a range of recording artists. He finds playing the Figiro Trio, a wonderful opportunity to work with two exceptional musicians.
.
http://www.thefigirotrio.com/